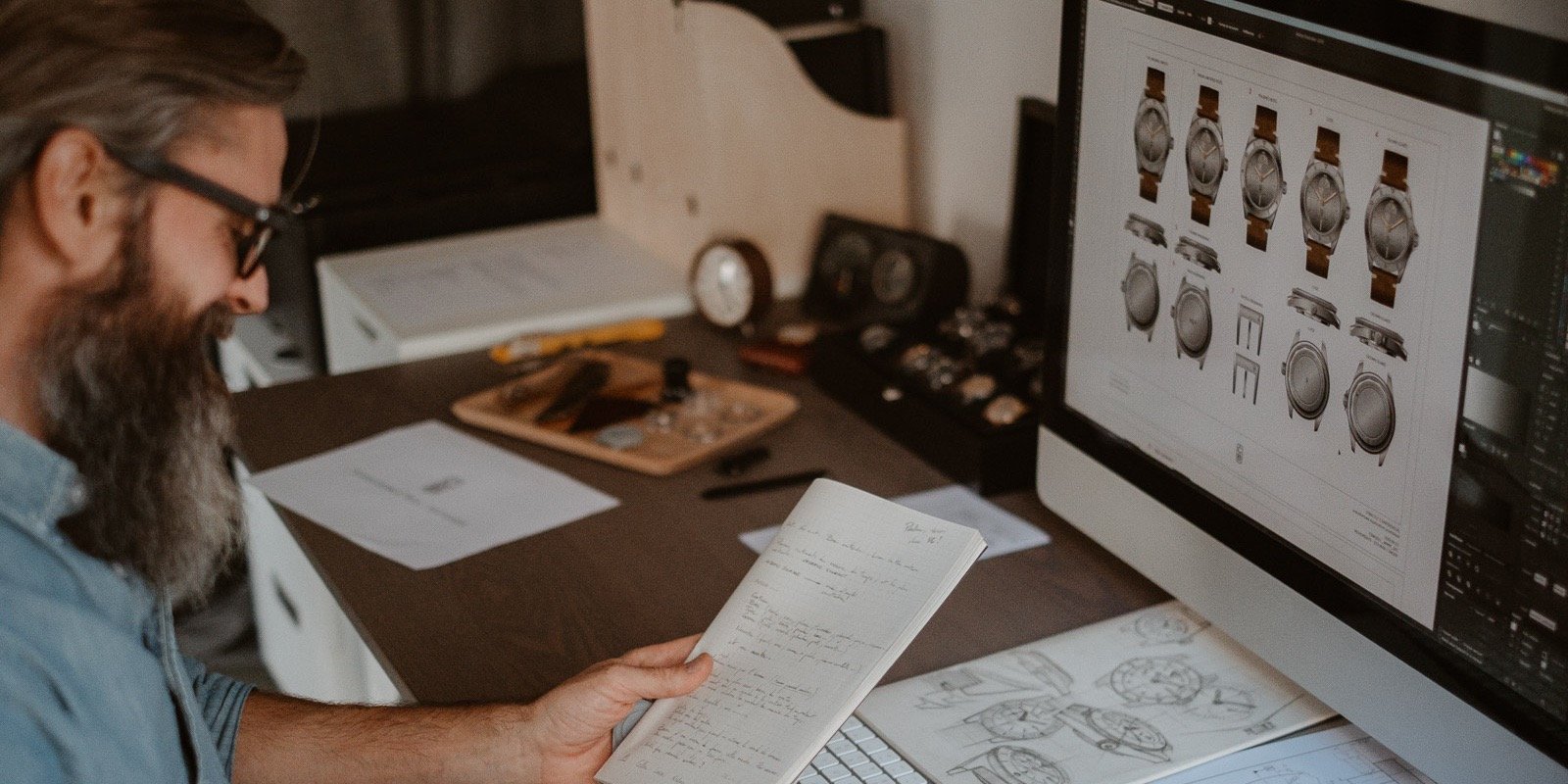 “Back in 1972, the Meadows Report warned us on the impact of globalization on ecosystems. A few years later, in 1988, James Hansen’s testimony before the US Senate paved the way to an increased awareness in political circles, making it an increasingly prominent topic which, nowadays, no one can ignore — we can act, and so much can be done.

This project aims at pushing the watchmaking industry to consider working in a more virtuous way. For this, changes are needed. And possible.

My watch is a sustainably produced tool watch which wants to promote a more sustainable and deglobalized supply chain. It has been purposely designed to be efficiently and affordably made, according to my three sustainability principles: 1) Sustainable manufacturing 2) Repurposing and recycling 3) CO2 reduction.
It's is a pragmatic attempt to create a high quality watch that has the lowest possible impact on the environment while respecting the aesthetics, the functionalities and the usability of a tool watch.

Why a sustainable watch?

Today, I stand firm on at least one principle: the respect of Life. We live in an ever complexifying world and I know everything happens for a reason, and that Nature has its ways of forcing a pause upon us.
My watch wants to be this pause. A pro-active pause to re-start on different premises and a different, more sustainable, way of producing and selling watches. Therefore, by listening to what nature is trying to tell us, my watch had to be a sustainable one. 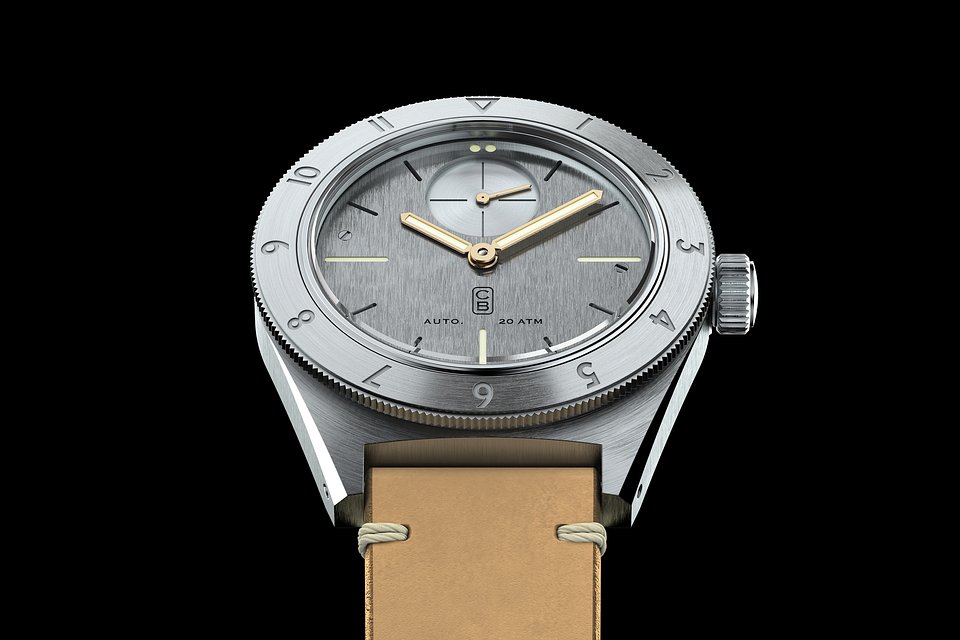 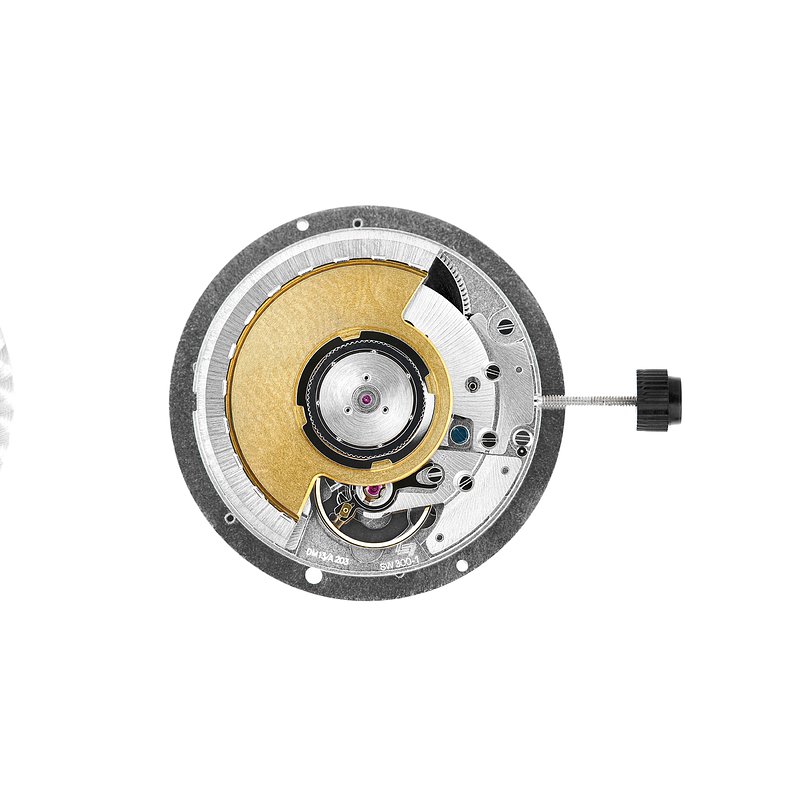 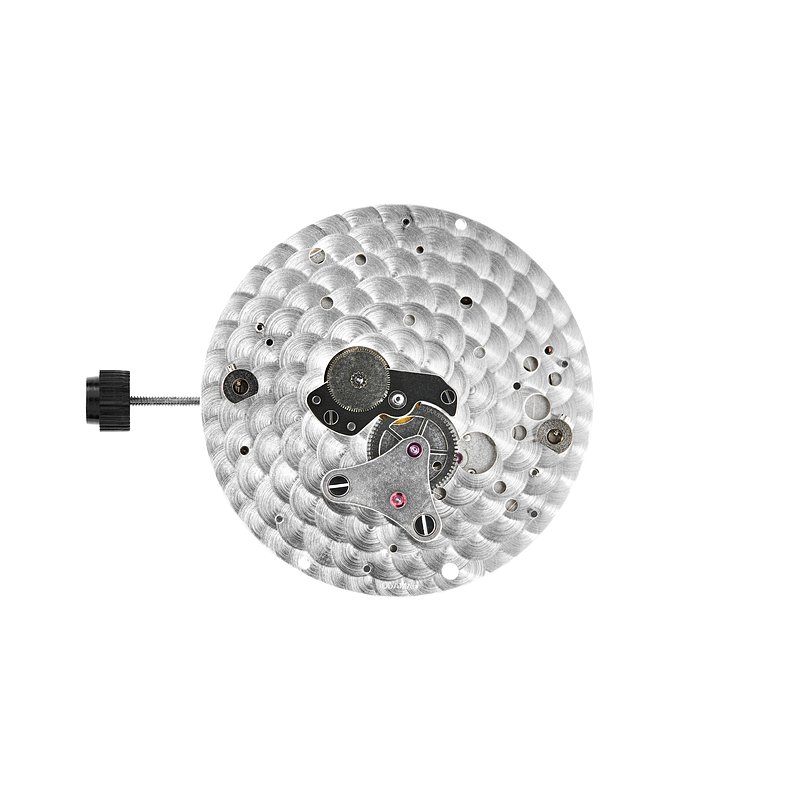 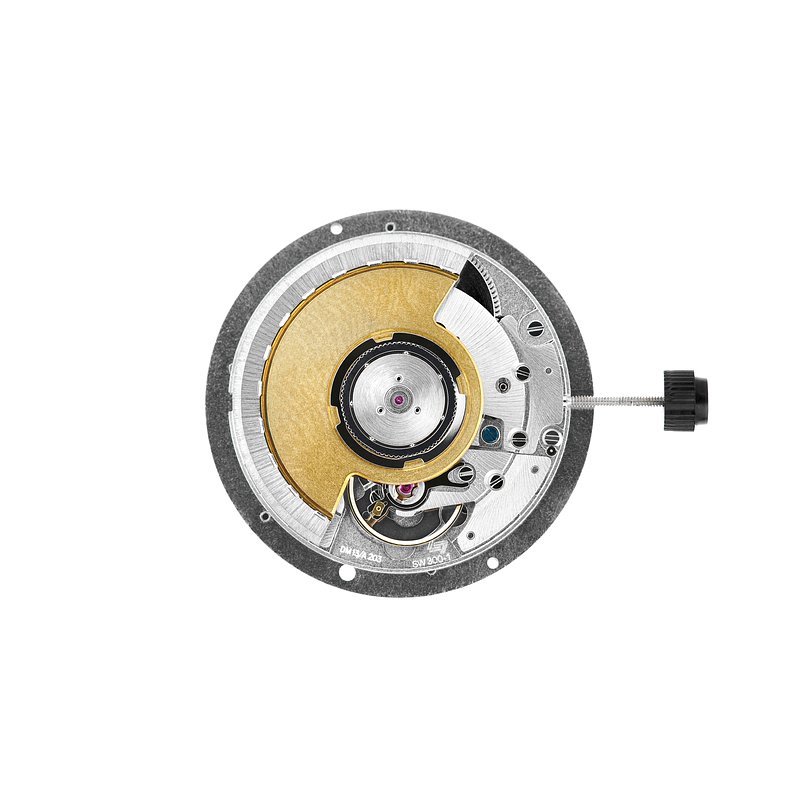 Why a tool watch?

Because a tool watch is the quintessential base for a sustainable watch: simple, reliable, repairable and timeless. Appeasing and reassuring at first glance, a tool watch is built to last, and is independent from any fashion cycle. It will be gorgeous today, and will be gorgeous (sometimes even more gorgeous) tomorrow. Tool watches embody sustainability and simplicity. I wanted to work with that.

In my mind a mechanical watch is close to a bicycle: Even with my best efforts and those of my manufacturer, making a mechanical watch requires energy and materials that impact the environment. However, once it’s made it only needs human energy, and can be used for generations.
Unfortunately, the most sustainable way of manufacturing remains not to manufacture a new watch at all. The second-best option is to repurpose and to reuse what already exists. I therefore chose to develop my watch around stocks of unused existing mechanical movements.

I chose this new collaborative creation, manufacturing and sales system developed by Watch Angels because it is the most sustainable way to produce a series watch. It eliminates all unnecessary activities in watchmaking and by deglobalises the supply chain.
It avoids huge, inefficient and redundant organisations that consume unnecessary resources. Instead, the process is all digital and the production takes place in-house, powered by renewable energy. Sourcing is local, Swiss or European and the watchmakers and operational staff are employed at Swiss social conditions and well paid.

This significantly reduces the resources consumed to make a watch. Intercontinental components travel disappears and therefore each watch generates less CO2.
I also chose Crowdmanufacturing because it's the most direct system to produce a watch and it allocates the entire value to the only three entities required to produce a watch: the creator, the enthusiast (buyer) and a the manufacturer. This eliminates the traditional price calculation using the factor (cost and mark-up multiplicator) and provides an unprecedented value for money to the buyer.
Importantly, sustainability also implies making responsible products for the many, not the few. Crowdmanufacturing made this  possible, despite the additional costs which sustainability solutions and 100% Swiss made imposed to the watch.
Finally, on www.watchangels.ch watch enthusiasts will be able to support my project and participate in the final design execution of my watch. This is important for me because I want to meet collector's tastes, without changing my basic concept and design intention.

I am using two repurposed movements. The first was commissioned to Dubois Dépraz by a brand, but then ended up being used in very few watches. It features a small second’s module at 12 o’clock on a Sellita SW300 base. The second is an automatic PO24 Automatic coming from the  pre-series production by Soprod. Buyers will have the choice to buy the watch with either the one or the other movement. 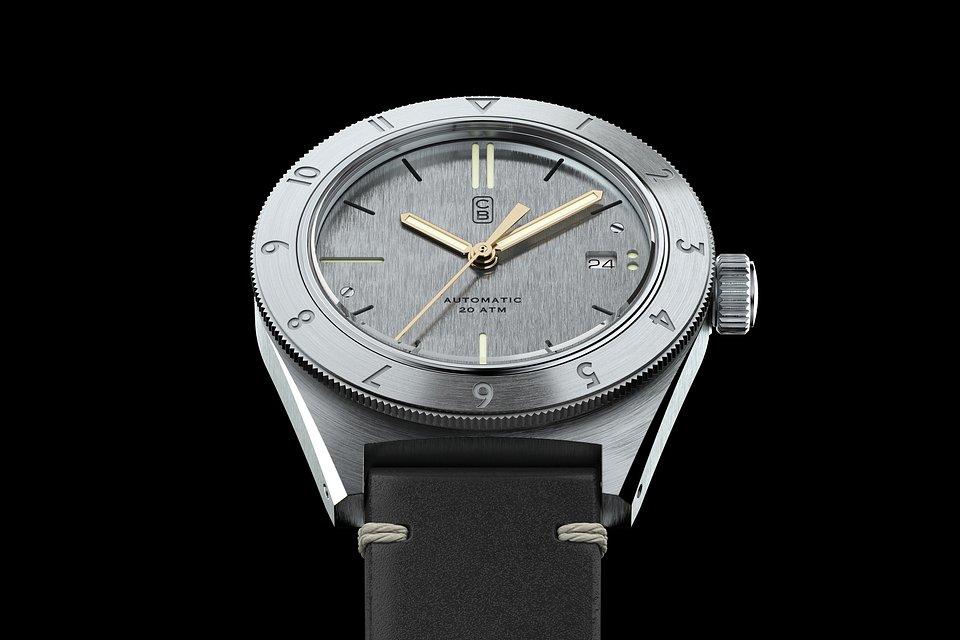 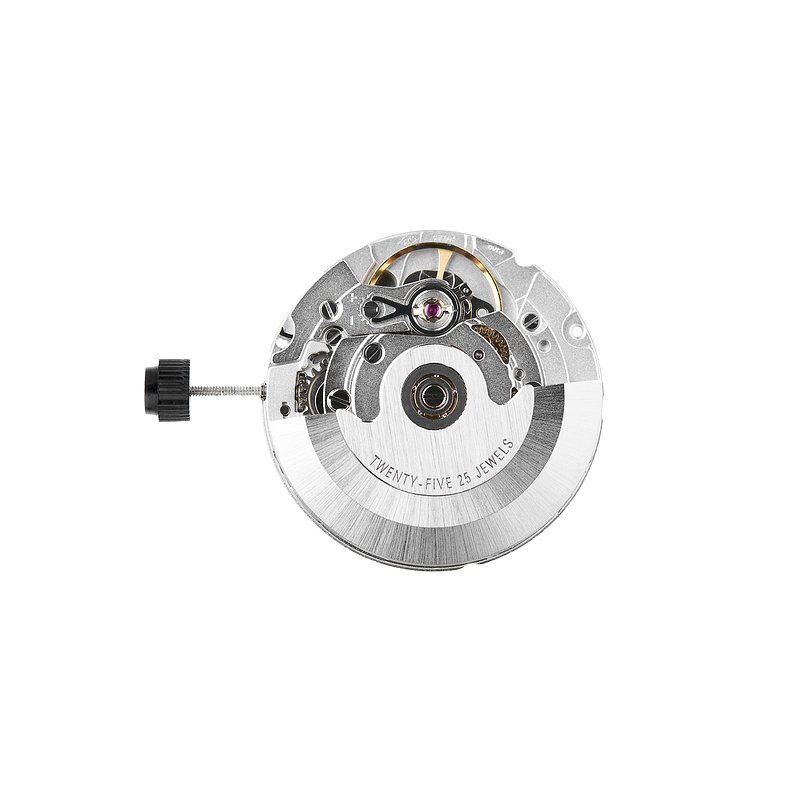 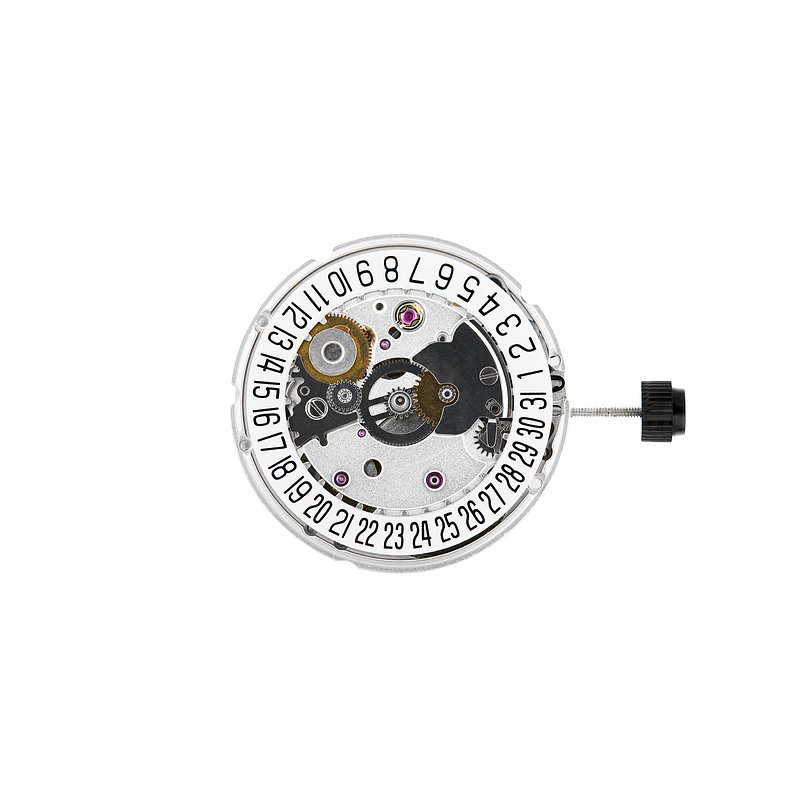 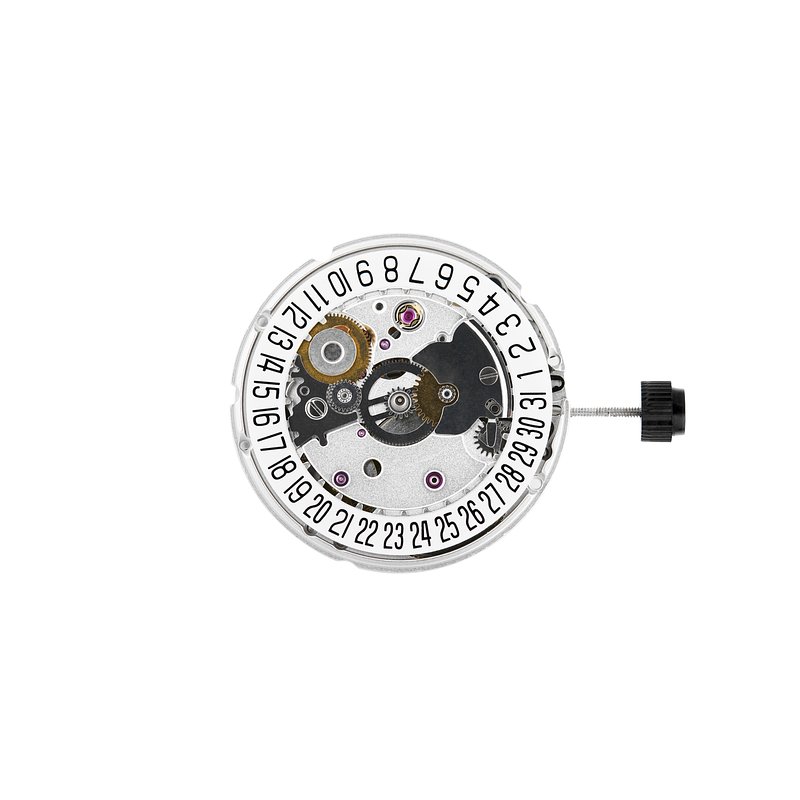 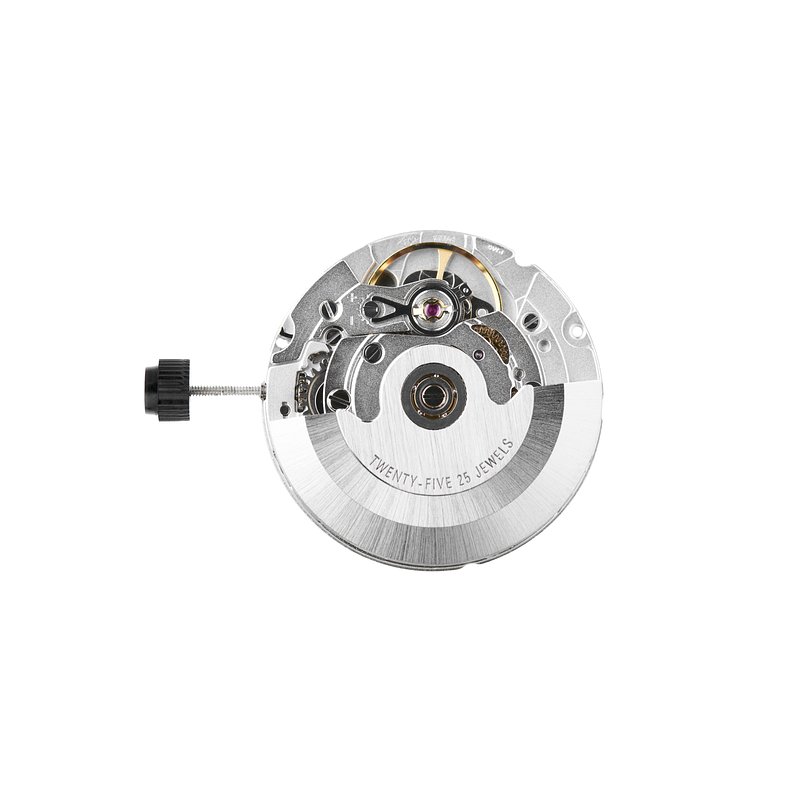 The 40mm diameter case is made from 100% recycled and certified stainless steel. A first, as far as I am aware. 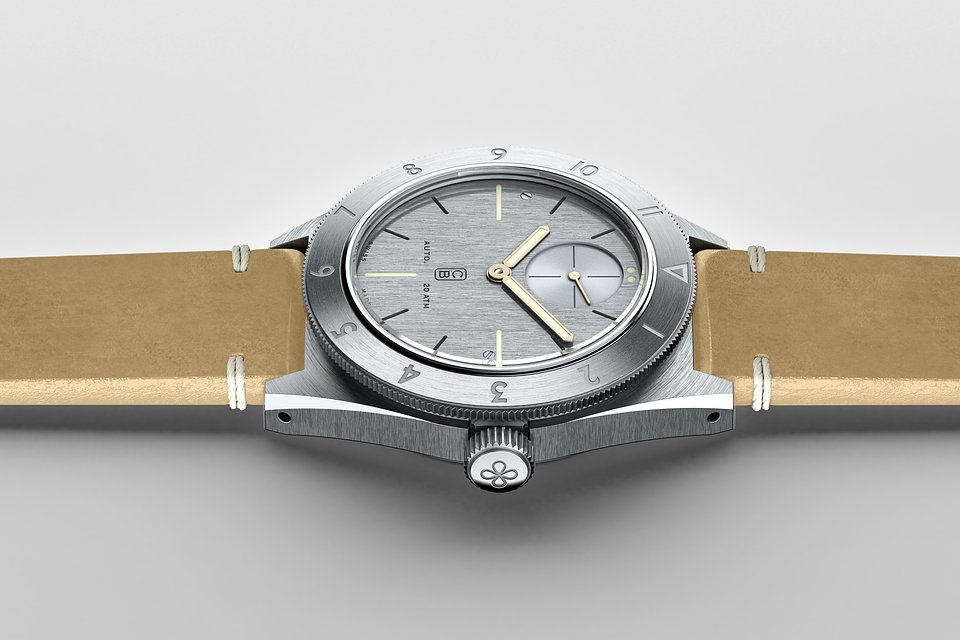 Case, dial and buckle are made of 100% recycled and certified stainless steel. A first.

The 200M/660FT water-resistance is assured by "Compressor" system for the case-back. The bi-directional dual time turning bezel is fixed with by the crown to avoid the energy intensive production of tooling's that are necessary for a turning bezel.

A hand made genuine leather strap. Natural tanned without any chemicals and stitched with natural linen cord and water-based glue.

Most of the aspects of the chain have been revisited, from design to engineering, sourcing, materials, transportation, packaging, papers and logistics. The watch is made according to three principles:
1. Sustainable manufacturing
100% Production in Switzerland (3rd in the EPI 2020) where labour laws, salary levels and social conditions for workers are best-in-class; and where there are advanced ecological regulations for companies.
Latest generation machines that are efficient, need less energy and entail low yield loss.
Designing and engineering the watch for fast production to reduce energy consumption.
Technical solutions aimed at avoiding chemical processes and the use of plastic as much as possible.
Maximising in-house production to avoid intercontinental and inter-company components travel.
Local, national or European sourcing whenever reasonably possible (meaning when it does not affect the aesthetics or specifications a tool watch requires).
Produce only order in order to avoid stocks and therefore waste.
No new tooling's to avoid the significant energy consumption of producing them.
2. Repurposing and recycling
The materials used, wherever reasonably possible, have to originate from recycling or repurposing. Equally important is that such materials themselves have to be recyclable, therefore positively contributing to the materials cycle.
3. Minimization of CO2
Elimination of the globalised watch supply chain which creates astronomical transport distances. Proximity sourcing and in-house production reduces the the number of KM a watch has “travels” before it lands on the wrist of the owner.
The mimimisation of  CO2 released in the atmosphere by watch production is the “low hanging fruit” to improve the sustainability of watch production.

The watch is 100% developed, produced and assembled by hand in Switzerland.

By designing, engineering and manufacturing the watch according to the three principles an 87% sustainability score has been achieved. This is an index which compares how my watch has been produced and sourced with the average Swiss made watch. According to this score it is 2.07 times more sustainable than any traditionally produced and sourced Swiss made series watch.

When I started to design it, it became obvious for me it had to be a tool-watch. I confess that I wanted a watch that not only respected sustainable production principles, but also satisfied my own tastes (it’s timeless tool-watches from 40’s to 70’s those I like the most).
More than any other watch, tool-watches are made to be used, to age and endure time. I like that. Simplicity, reliability, usability, timelessness and…sustainability were therefore my design guidelines. Decreasing or even removing the environmental impact of each component and process influenced the design and execution, and I think it enhanced the concept.
The result is a “naked” and “raw” machine and hand finished watch, design under the influence of functionality, technical and environmental specifications and, obviously, a bit of style. I designed it with simple lines and robust proportions, yet in a reasonable size to be wearable and comfortable, with details which make feel the care that infuse the whole process. 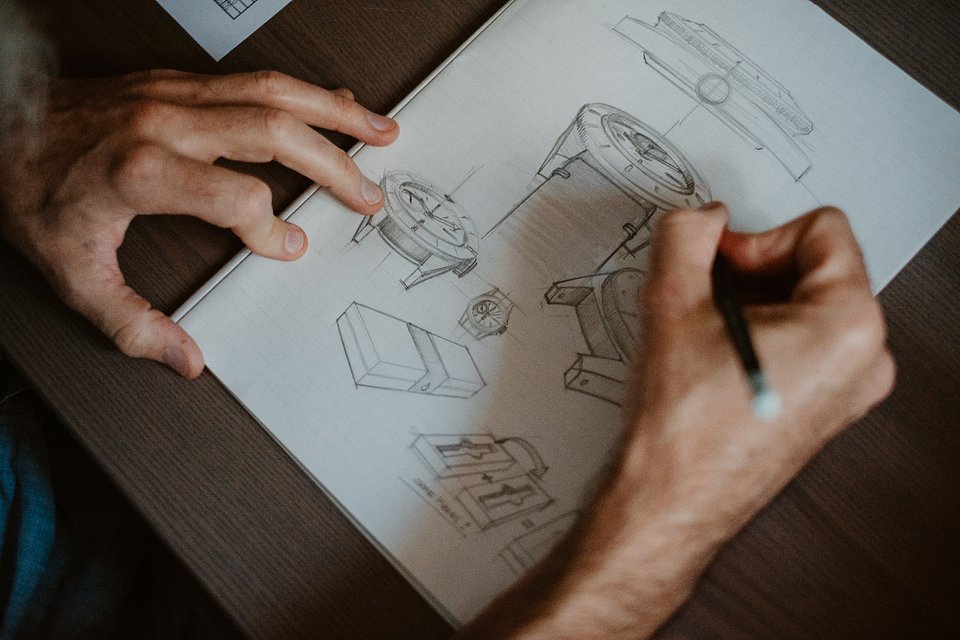 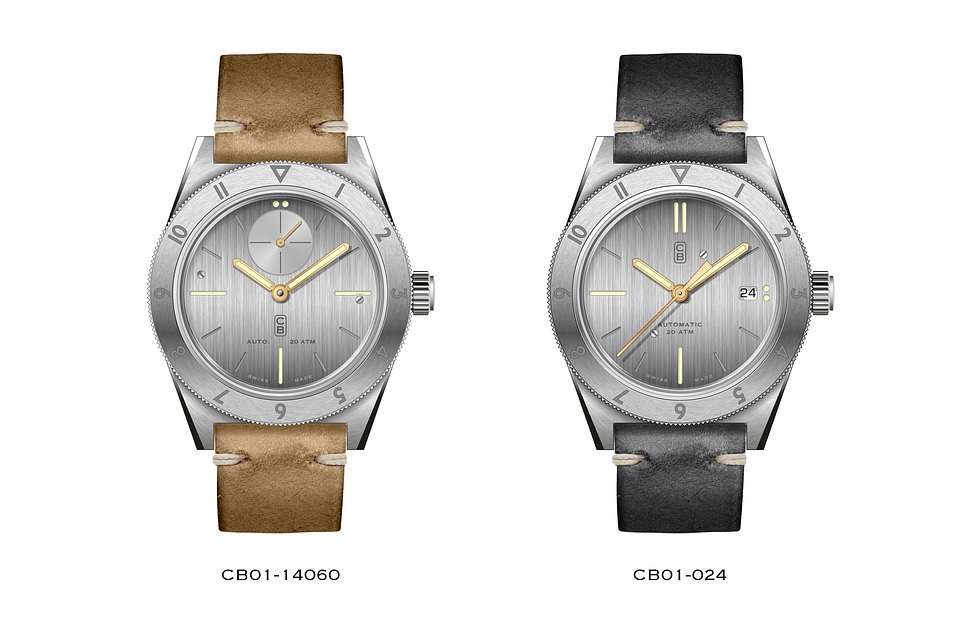 One watch. Two movements. 100% made in Switzerland. 100% Recycled and certified stainless steel.

The CB01-14060, encasing the Dubois Depraz movement, starts at 750 CHF  during Angels pre-sale, while the CB01-024, encasing the Soprod Automatic, starts at 495 CHF during the Angels pre-sale. The prices during the Public pre-sale will be, respectively, of 995 CHF and 695 CHF. These prices represent the wholesale price, the price at which in traditional watchmaking a brand sells to its distributors, whom then sell it to retailers.

Status and next steps

I was a "UN Kid." My education was largely funded by the United Nations Environment Programme. Because of this, and with our first child coming soon, I feel the moral obligation to strive and promote a more sustainable way of life. Sustainability is a topic we rarely talk about in our watch community, so here is my small contribution.

Cedric Bellon was born in Nantes. He grew up in a  traditional middle-class caring and value-oriented family. From a young age he was fascinated by science, and throughout his academic path he explored geology, ecology and anthropology. His creative vein finally made him graduate in Product Design from the Nantes’s School of Design. At age 27, a personal health issue forced him to bed for several months. During this period, he developed a keen interest in Horology and, naively according to him, he put down a few of his watch ideas on paper and sent them to renown Brands (most of whom would initially not even reply). However, after a while, Bell & Ross and TAG Heuer became his first clients. In 2005, he founded Cedric Bellon & Partner making watch design a full-time career. Since then he has worked for many renown watch brands. He describes himself as the equivalent of a ghost writer for the Watchmaking industry. Among his clients: Longines, Bell & Ross, Hermès, Frederique Constant, Tag Heuer, Graham, Whitings, TechnoMarine, Alpina and others. Website  Instagram 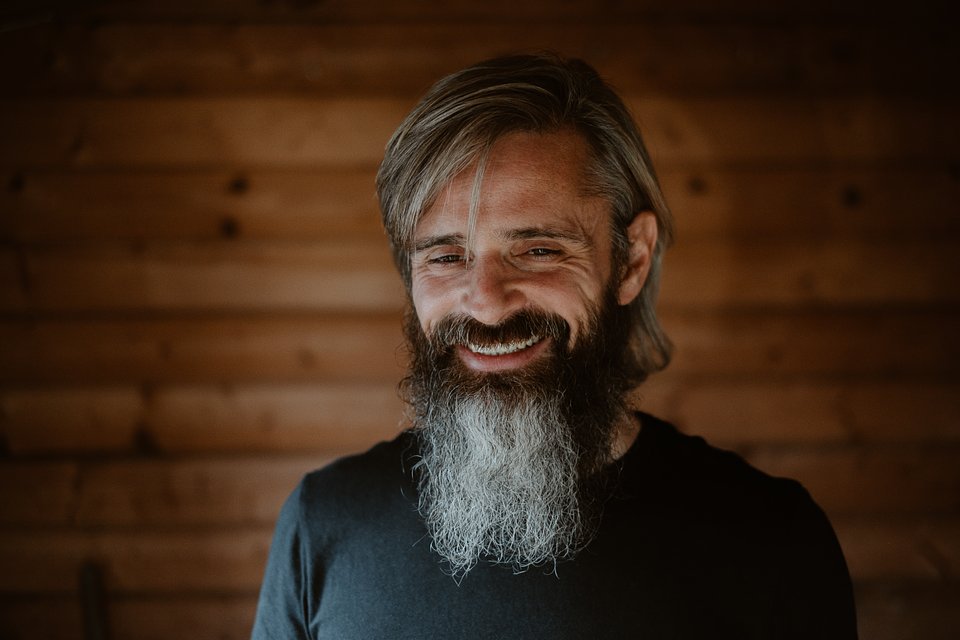 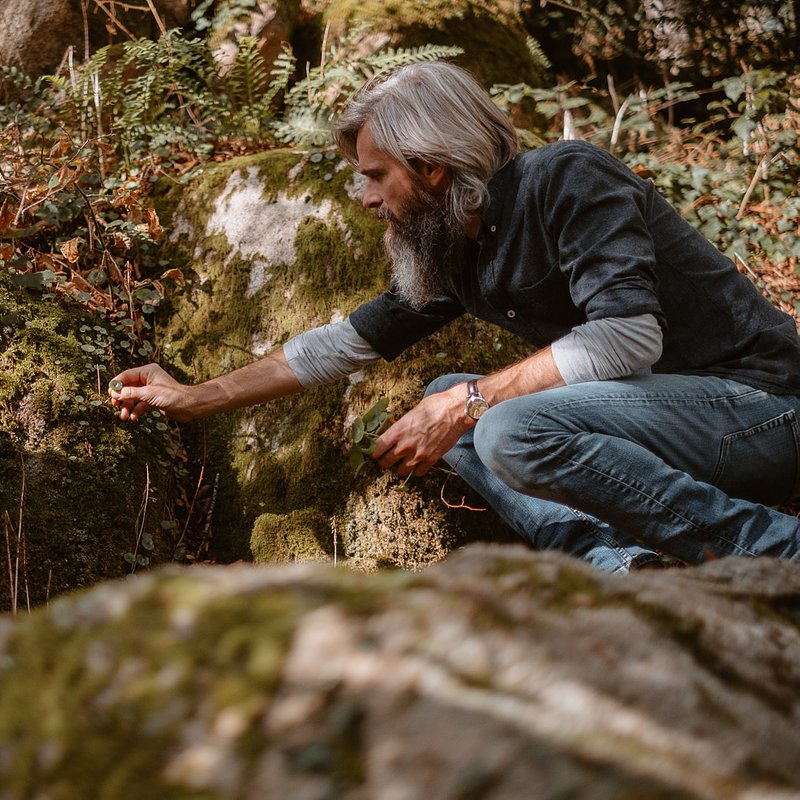 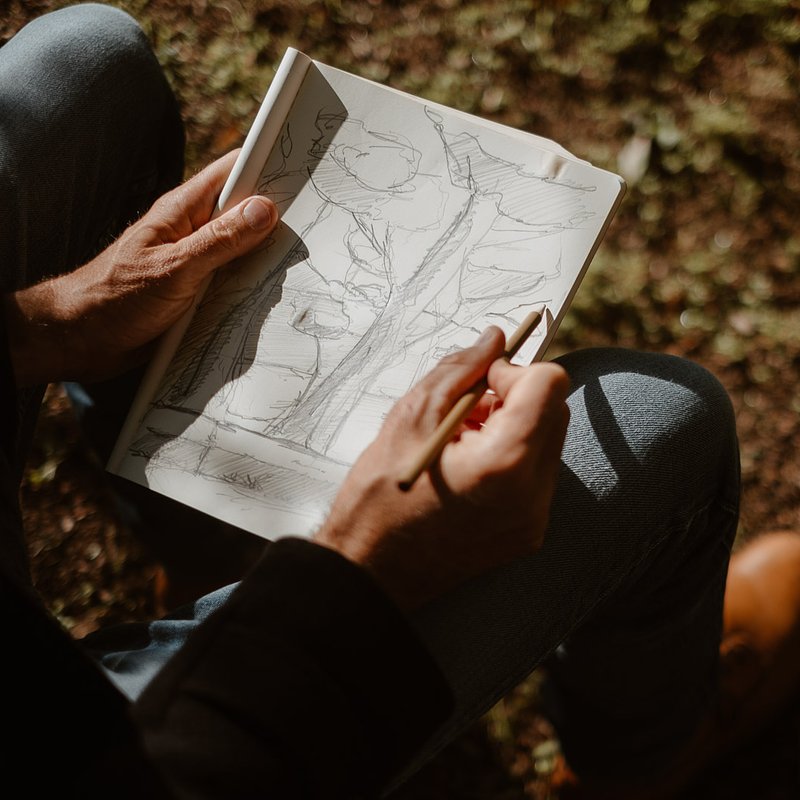 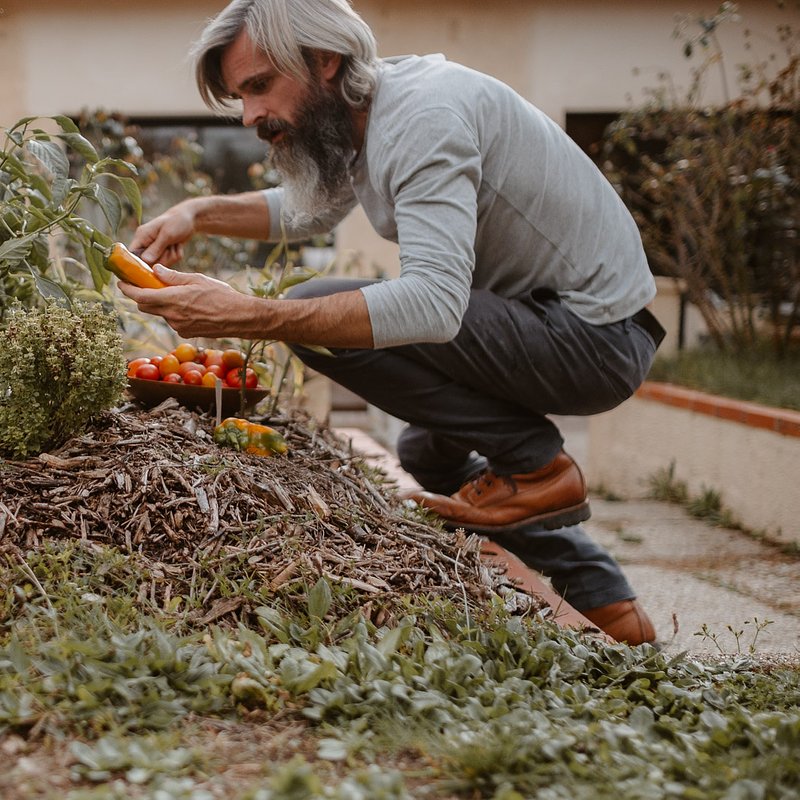 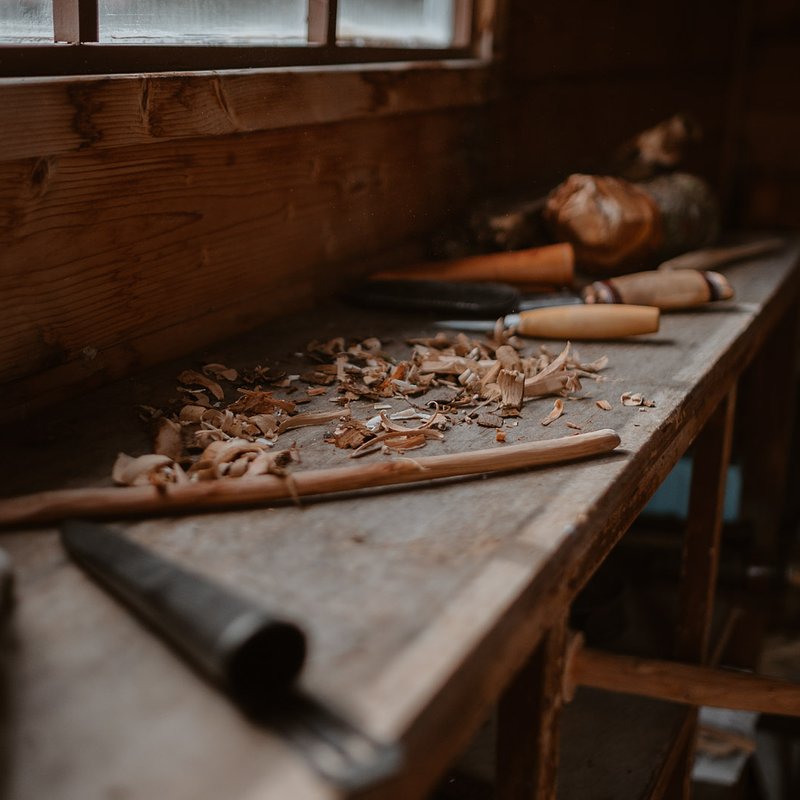 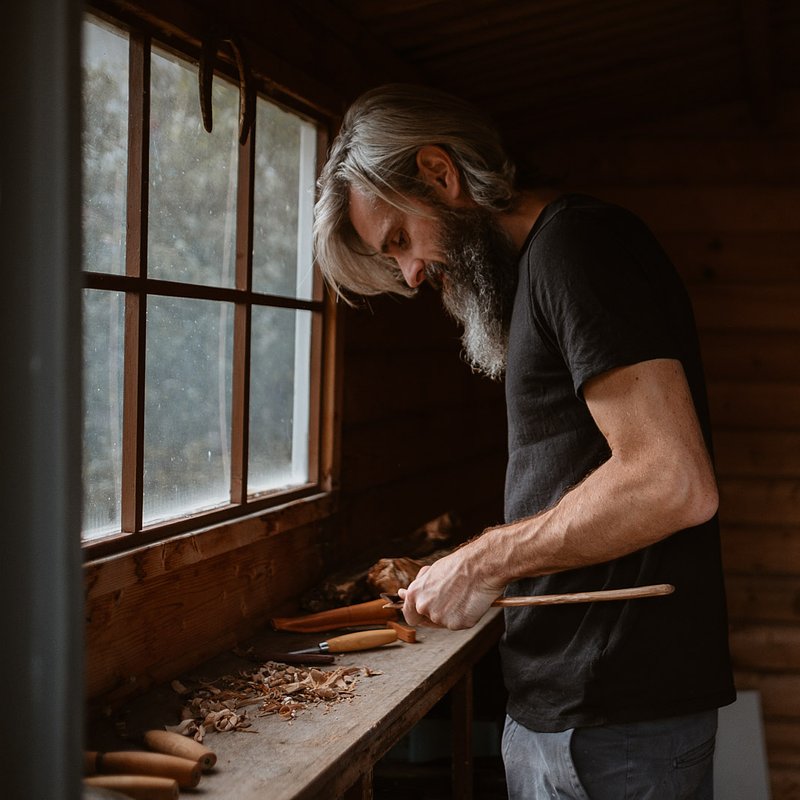 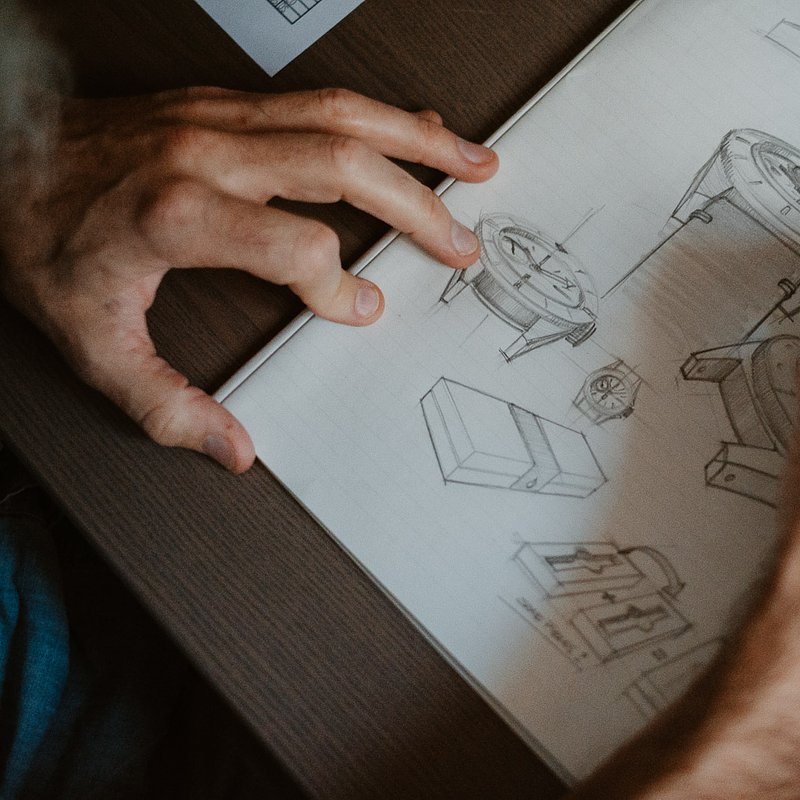 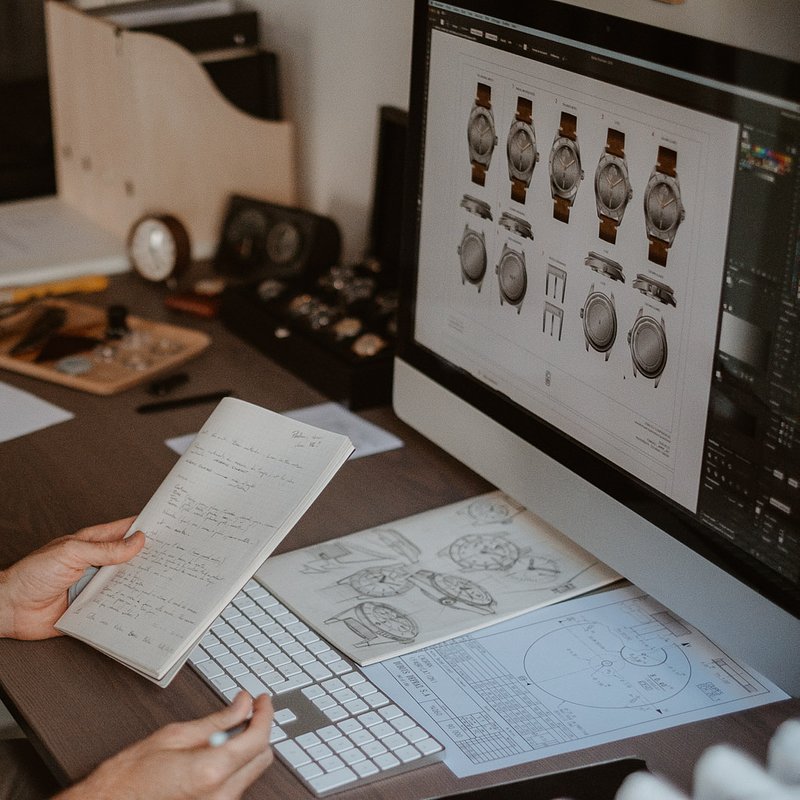 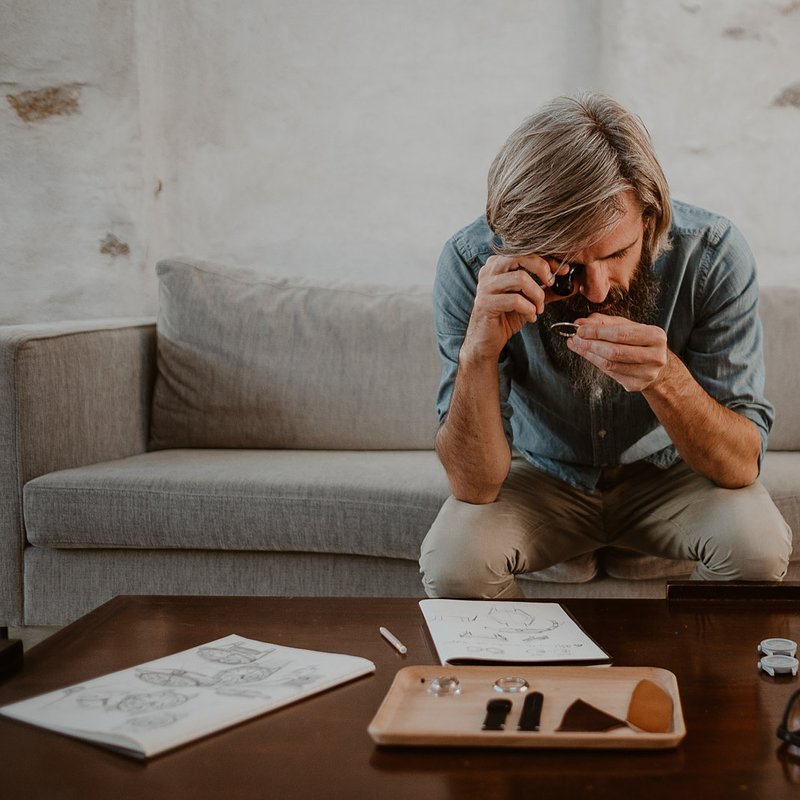 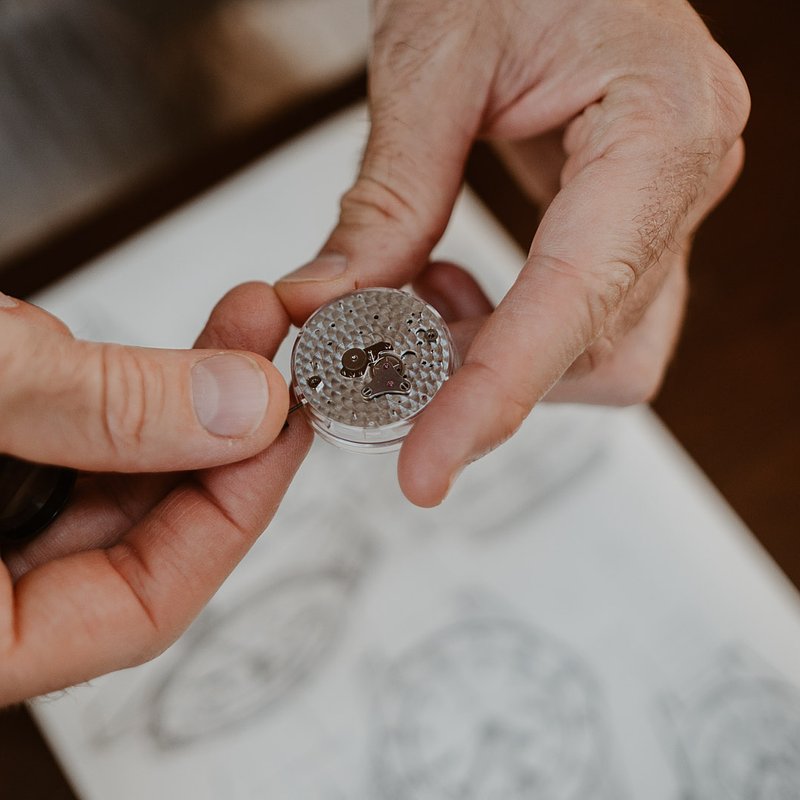 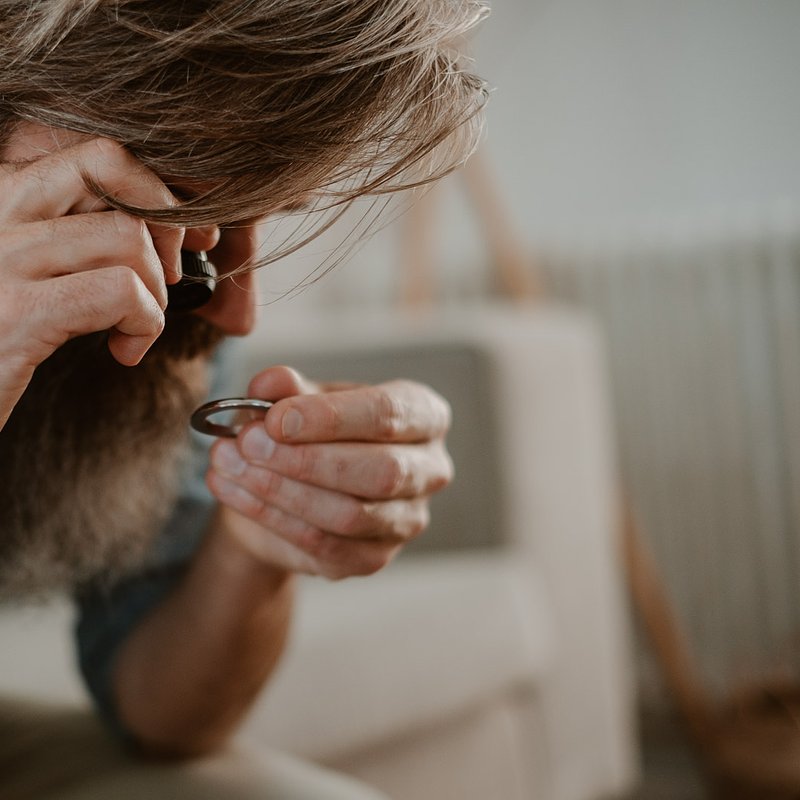 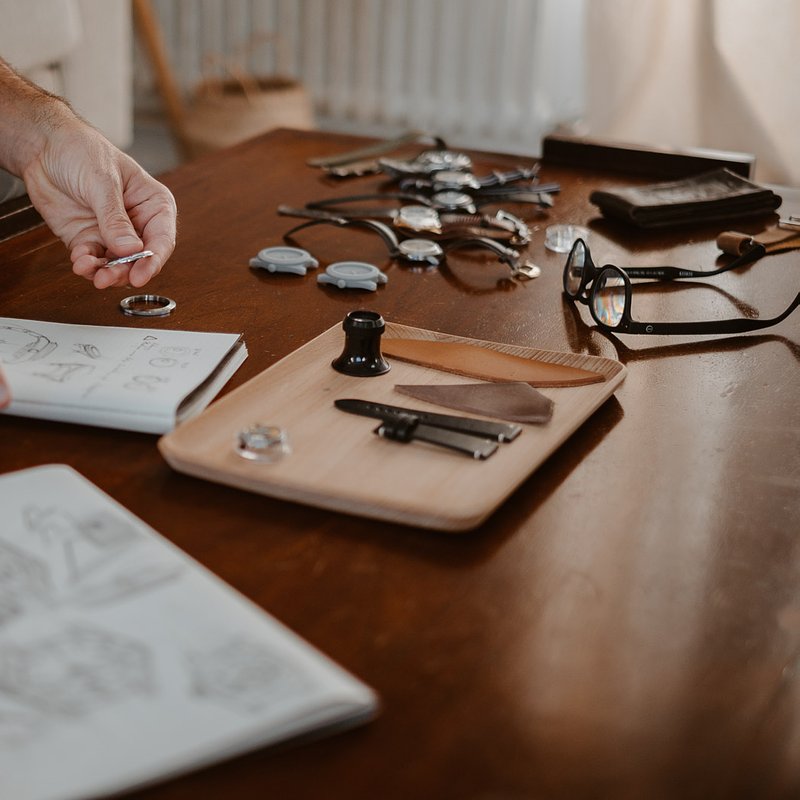 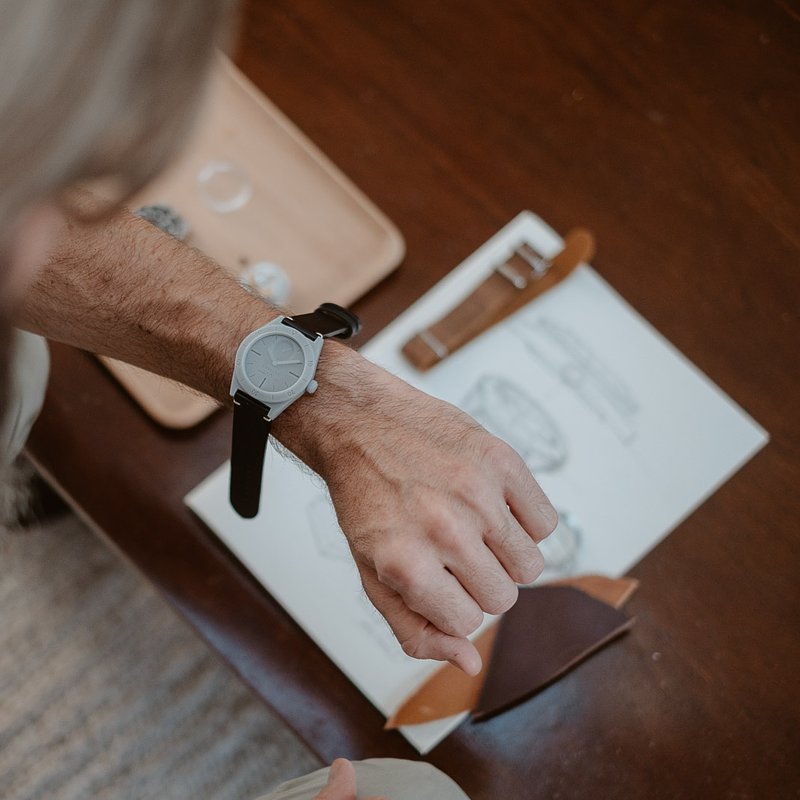 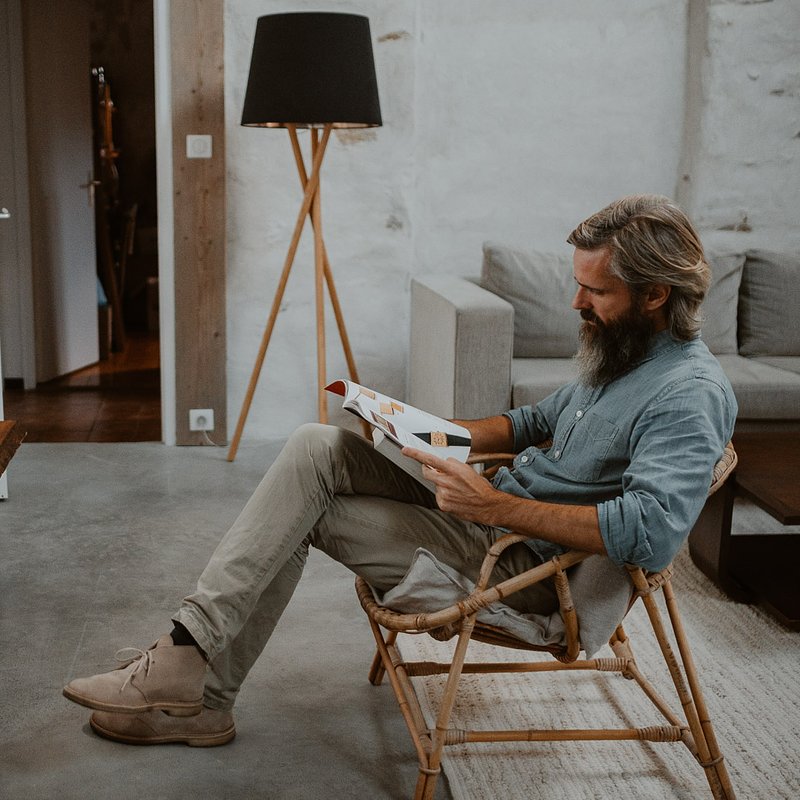 Watch Angels is a leading Swiss watch manufacturer based in Mendrisio, Switzerland. It has developed the Crowdmanufacturing system and operates the watchangels.ch community platform. It executes the Crowdmanufacturing projects on behalf of the creator and acts as the contractual party to the buyer. More 40 years of experience in the industry, working for the most renown brand names, confirm its relevance within the Swiss watch industry. www.watchangels.ch

The return of the Waltham Field & Marine trench watch.

The world's first waterproof watch that actually worked is back.